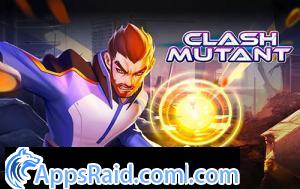 Supported On:Android Jelly Bean (4.(1-3)) or later
Clash mutant - gather a team of heroes each having unique super abilities and bright appearance. Take part in the battles against various enemies. Demonstrate your commanding skills in this Android game. Lead a squad of heroes while exploring faraway planets and other dangerous locations. Gather an efficient squad where each character will power up other heroes. Fight against monsters and get to treasures. Join a guild and challenge strong bosses. Participate in arena battles and defeat other players.
Rate This Games
Ratings : 2.7 / 5 ,Total Rated: 3