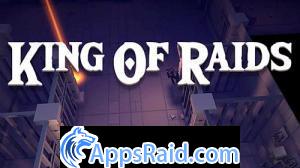 Supported On:Android Gingerbread (2.3) or later
King of raids: Magic dungeons - get through deadly dangerous dungeons. Destroy hordes of monsters and defeat powerful bosses. Challenge dark powers which threaten your home city in this Android game. Go down underground mazes which are randomly generated with every new game. Reach the main boss of the dungeon and crush him with the help of different abilities of your character. Avoid traps on the way and fight against monsters. Gather loots and upgrade outfit of your hero.
Rate This Games
Ratings : 0 / 5 ,Total Rated: 0