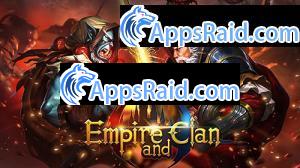 Supported On:Android Ice Cream Sandwich (4.0) or later
Empire and clan - gather an invincible squad consisting of powerful champions and take part in exciting battles against numerous enemies. Select your side in a conflict between the empire and clans in this Android game. Collect heroes of different classes each having unique abilities and weapons. Gather a well balanced team of heroes able to defeat any opponent. Team up with friends and fight against common enemy. Try yourself in arena battles against players from all over the world.
Rate This Games
Ratings : 2.5 / 5 ,Total Rated: 2