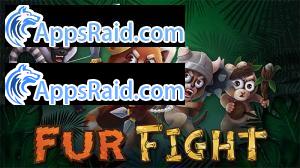 Supported On:Android Jelly Bean (4.(1-3)) or later
Fur fight - take a furry fighter on the arena. Fight against other funny animals applying various and unusual weapons. In this Android game you can control one of such furry animals as a lemur, red panda or meercat. Fight against players from all over the world to seize power over jungles. Control the moves of a furry hero on the arena. Use coverings, attack opponents unexpectedly, try to kill maximum animals at limited time. Buy katanas, surikens and other weapons.
Rate This Games
Ratings : 0 / 5 ,Total Rated: 0