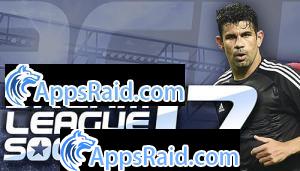 Supported On:Android Jelly Bean (4.(1-3)) or later
Dream league soccer 2017 - run a soccer team and take it to victory in different championships. Win the matches against strong opponents! Create a soccer team of your dream in this Android game. Buy soccer stars and train them to take your team to the Premier League. Select the most efficient playing schemes which will help you win the matches against various opponents. Get rewards for the matches you win. Build your stadium. Make a unique uniform for your players. Gather a collection of achievements and prizes.
Rate This Games
Ratings : 3.1 / 5 ,Total Rated: 2319