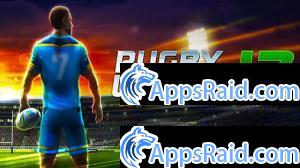 Supported On:Android Ice Cream Sandwich (4.0) or later
Rugby league 17 - take your favorite team to victory in rugby championship. Control sportsmen on the field, get points, defeat opponents. In this Android game you can take part in the matches of English and Australian rugby leagues. Take your team on the stadium lawn. Think over your strategy for each match. Control actions of your players on the field. Make passes and feints to break the opponent defense. Win matches and get to the top of the tournament table. Challenge players from all over the world and prove the power of your team!
Rate This Games
Ratings : 3.1 / 5 ,Total Rated: 251