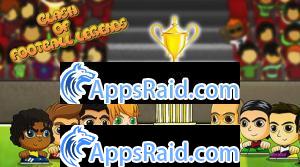 Supported On:Android Ice Cream Sandwich (4.0) or later
Clash of football legends 2017 - take a football player on a stadium lawn and try to score a goal into the opponent gates in order to take your team to victory. Try to become a football world champion in this Android game. Select your favorite national team and take part in dynamic matches against various opponents. Move a football player across the screen, make him jump in time, make tricky feints, take a ball from your opponent and score a goal. Get rewards for victories in matches. Upgrade characteristics of a football player. Master new skills.
Rate This Games
Ratings : 3 / 5 ,Total Rated: 5