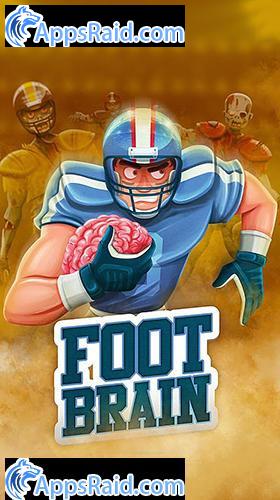 Supported On:Android Jelly Bean (4.(1-3)) or later
Footbrain: Football and zombies - take a football player across a freen stadium lawn. Help the sportsman avoid zombies and complete a touchdown. In this exciting Android game you will make sure that zombie apocalypse is not a reason to stop American football championship. Let football players use brains instead of a ball and let zombie stand on the hero's way instead of opponent team back players. All this does not change the main idea of the game. The hero must get to the end zone at the end of the field dodging opponents on the way.
Rate This Games
Ratings : 2.3 / 5 ,Total Rated: 3