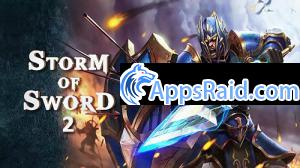 Supported On:Android Gingerbread (2.3) or later
Storm of sword 2 - defend the kingdom of light from attacks of dark powers. Fight against the army of evil spirits and crush the dark lord. Rescue a fantasy world of this Android game from destruction. Become a noble hero and defend peaceful inhabitants of the kingdom. Team up with friends to defeat powerful bosses. Hire assistants who will help you fight against evil. Tame incredible dragons. Buy legendary weapons and magic artifacts. Communicate with players from all over the world via a game chat.
Rate This Games
Ratings : 0 / 5 ,Total Rated: 0